Beckons, People and the Community

All postsBeckons, People and the CommunityFeatured NewsOrganic, Sustainable and Made in the USA

Lines and Circle: An Update on The Samburu Donation

Last year Beckons donated clothing to the Samburu People of Northern Kenya by way of Vital Yoga of Denver. They are a colorful group of nomadic people. Here is a piece written by Micah Springer, who hand-carried our boxes of clothes to Africa, about distributing the clothing to the people. This is beautiful and we are touched to have been a part of it. If you want to know more of the back story, read our previous blog.

Lines and Circles by Micah Springer

Lepakiyo, the leader of this tribe of Samburu People, is masterful at requiring the villagers to gather in a line. To you and me this is a simple formation because we were taught early, as children. Nomadic people are anything but linear. They don’t stand in lines, speak in lines, think in linear fashion. The creativity we recognize in their character is a direct tribute to this fact.

I bought my first beckons clothes many years ago at the YJ conference in Estes Park. I’ve been buying and wearing ever since!  Love it!     – Emily Fite 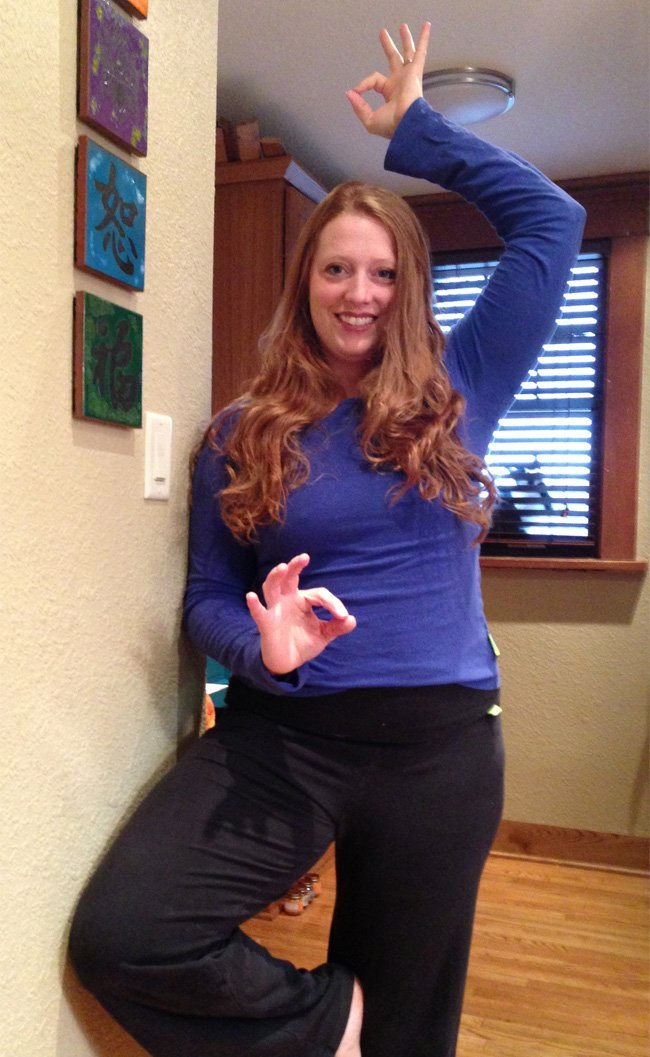 Thank you for sharing this sweet photo with us. We always love to see the faces of our customers and hear your kind words. Check out Emily at www.yogaroom.org. Emily is wearing our Beckons Wisdom Yoga Pants and Strength Long Sleeve T-shirt.

December 17, 2012 0 comment
0 FacebookTwitterPinterestEmail
All postsBeckons, People and the Community

written by denalee
Thank you, Amy Olson, for sending these incredible photos to Beckons – you make us proud. These pictures feature AcroYoga and Arial Dance performers, Amy Olson and Irwin Kubilius, doing AcroYoga on the beach at the Great Salt Lake. Amy is wearing one of Beckons original Love Lace-up Halters. Read more about Amy and Irvin following the photos.

We wanted to share these outstanding photos taken by Weston Hall. Were these taken on another planet? WOW! Weston specializes in capturing people in ways you have never seen before. His site will blow you away. You have to check it out! The link to Weston’s website is: www.westonhallphotography.com 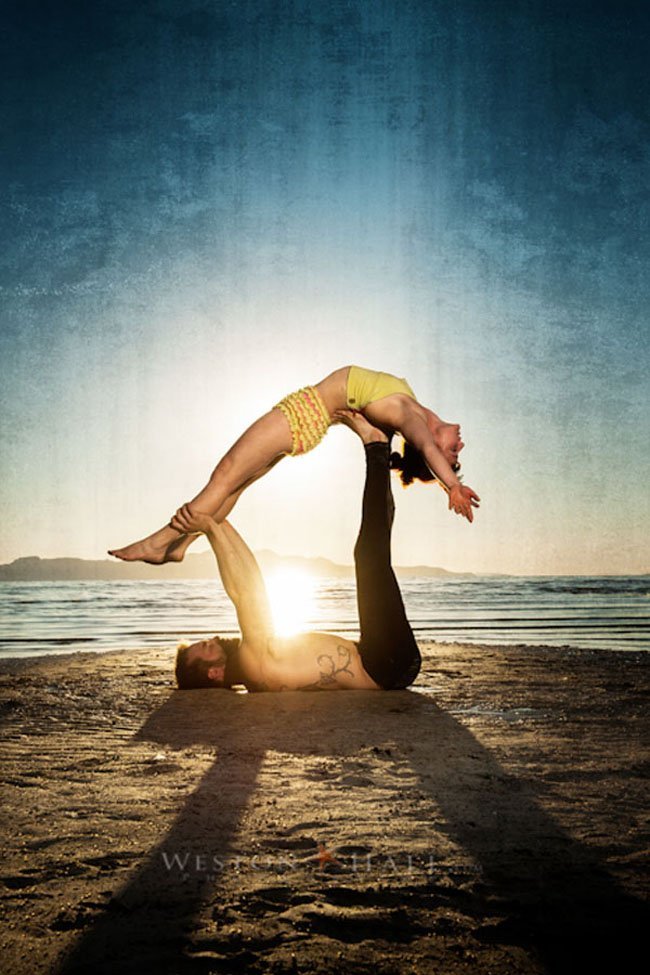 Amy Olson teaches and performs AcroYoga and Aerial Dance for Aerial Arts of Utah, an Aerial Dance and Circus Arts company based in Salt Lake City, UT.  When she is not teaching or performing she enjoys giving massage, doing paddle-board yoga, hiking, skiing and gardening.  She blends her love of movement arts, healing arts and human connection into her classes, workshops and performances. If you live in the Salt Lake City area or find yourself there on a vacation, check out her wide array of classes. Paddle-board yoga sounds like a dream. You will find her site at: www.acroamazing.com 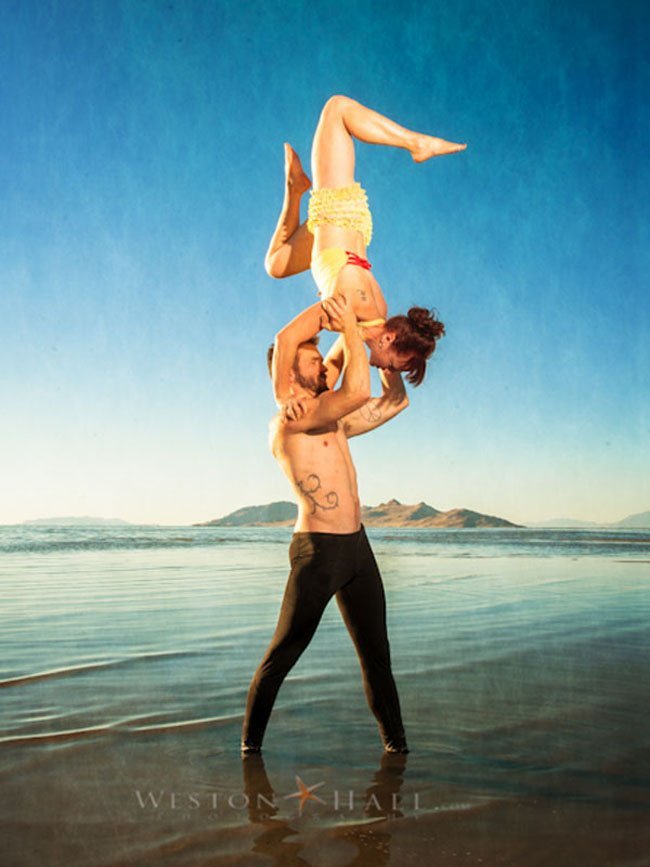 Irwin Kubilius is a certified auto technician, avid climber, skier, mountain biker and unicyclist. He brings his passion for building new forms to partner yoga and AcroYoga. He enjoys the challenge of working with a partner and sharing AcroYoga and the circus arts with others.
Thank you for sharing these photos with us. You are truly beautiful in your Beckons Love Lace-up Halter, Amy. Weston, we are completely honored to be featured in your stunning photography. Amy is wearing Beckons Love Lace-Up Halter in lime and black.
September 10, 2012 0 comment
0 FacebookTwitterPinterestEmail
All postsBeckons InformationBeckons, People and the CommunityOrganic, Sustainable and Made in the USA

The Waldo Canyon fire burned 18,000+ acres of land; 32,000 people were evacuated from their homes, with 346 houses completely destroyed in the mountain neighborhoods west of Colorado Springs. This fire is identified as the most destructive fire in Colorado’s history. Beckons is helping the victims by donating yoga clothing to those who have lost homes and all their possessions in the fire.

It is hard to imagine losing everything. Even those homes that were not destroyed have experienced severe smoke damage. We felt like we had to do our part to help out, considering this is in our own backyard. Beckons is a Denver-based yoga clothing company. As a result, Beckons has made a large clothing donation to those who have lost all their clothes in the fire. Partnering with the Women’s Resource Center of Colorado Springs, Beckons organic cotton yoga clothing will be available at the Women’s Resource Center for any of the victims who have lost their homes and all their possessions or who have smoke damage rendering their possessions useless. The Women’s Resource Center is located in the Citadel Mall on the second floor. You will find Beckons yoga capris, yoga pants, yoga tops, and items that can be worn throughout the day, like organic cotton sweaters, dresses and skorts.

We hope the victims of the Waldo Canyon Fire find some comfort in our bright, organic cotton yoga clothing. Our hearts go out to all of you who have lost everything and we hope this helps a little bit.
July 6, 2012 0 comment
0 FacebookTwitterPinterestEmail
Beckons, People and the Community 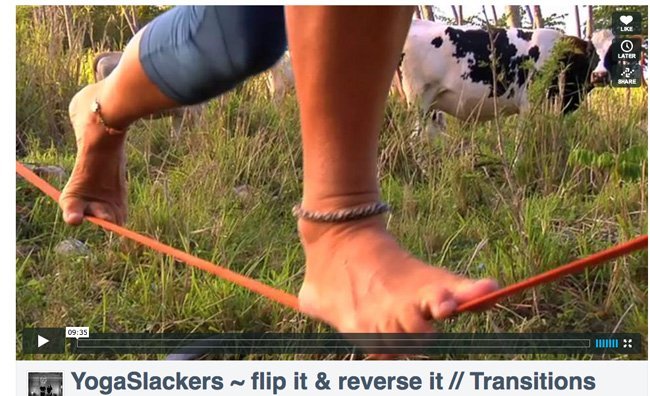 My dear friend, Adi Carter, sent us this great instructional video demonstrating transitions in slacklining. She is a key member of the Yoga Slackers, a wonderful, adventurous group of teachers who travel around the world teaching yoga, acro-yoga and slackline yoga. Check out the Yogaslackers website. In the second section, Adi is wearing the Love Yoga Capri in boysenberry and Love Shrug in charcoal. You make us proud, Adi Carter. Check out this slackline video vimeo.com/43669447

I just wanted to tell you all how much I love my love yoga skorts! I got them for hoop dancing and they are perfect. I thought I’d send you the links to a few pictures. The skorts are awesome! 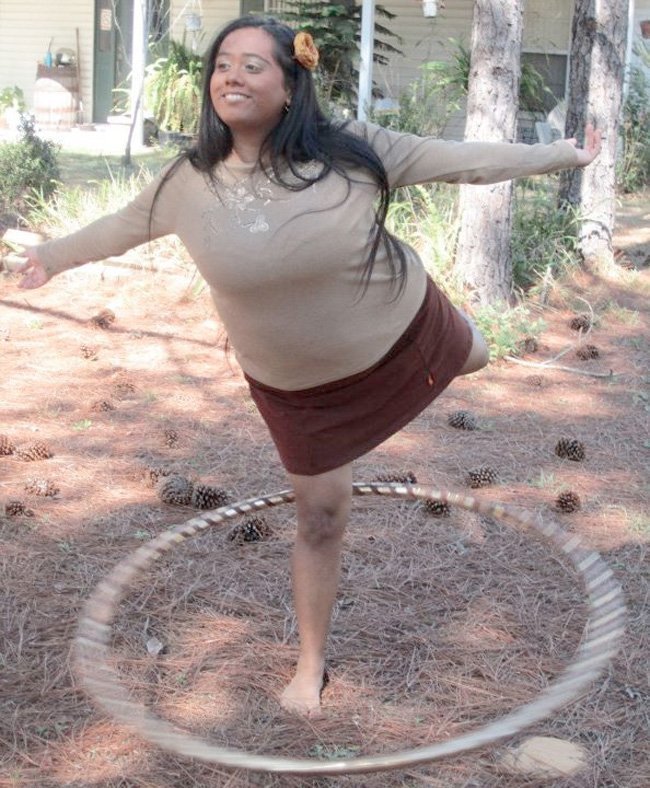 Thank you so much for sharing your pictures with us. You are beautiful and make us proud! Ana is wearing the Love Yoga Skort.

April 20, 2012 0 comment
0 FacebookTwitterPinterestEmail
All postsBeckons InformationBeckons, People and the CommunityOrganic, Sustainable and Made in the USA

In July, Beckons partnered with Vital Yoga of Denver to bring organic clothing to the Samburu Tribe of Kenya. Micah Springer, co-owner of the flourishing Denver-based Vital Yoga Studio visited this colorful community, bringing along 100 pounds of Beckons clothing to give to the Samburu women. Here are a sweet photos of Penina, wearing her Beckons Yoga Top, and friends.

Penina (far right) is wearing a Beckons organic cotton wrap. And, yes, she has the hang tag pinned to her boob. When asked why she did this, Micah wrote, “Not only did she place your label over her nipple, but she insisted on wearing it too small!”
Seldom do we get a glimpse into how we might impact others. I nearly cried when I read this next part. Micah shared more about Penina, saying, “She was so proud of her new/only top that she insisted on me taking photos of her with anyone who came around. The following day, while she was away from home, her house was robbed and they took everything! She told me that her new top saved her because she went out to show people and therefore was not at home when the thieves came through. They could have seriously hurt her.”
Thank you, Micah Springer, for sharing this sweet story with us. We are glad Penina is safe and so proud that she is wearing our top.
Micah and Desi Springer have chaperoned several groups of adventurers over to Kenya to experience the Samburu’s indigenous culture. They will be going again in March where they will take another batch of Beckons clothing and hopefully, a good bit of video of these great people.
The Samburu are nomadic pastoralist, raising cattle, sheep and goats, moving camp to support the needs of their animals. They are extremely dependent on their animals for survival. The Samburu people live just north of the equator in the Rift Valley province of Northern Kenya.
Read more about the Samburu people.
Read more about Micah Springer and her relationship with the Samburu People.  Visit Vital Yoga online or stop by one of their two studios and take a yoga class.  Denver: 3955 Tennyson Street, Denver, CO 80212, 303.477.8545 Golden: 1224 Washington, Golden, CO 80401, 303.279.3779
February 3, 2012 1 comment
0 FacebookTwitterPinterestEmail
Newer Posts
Older Posts 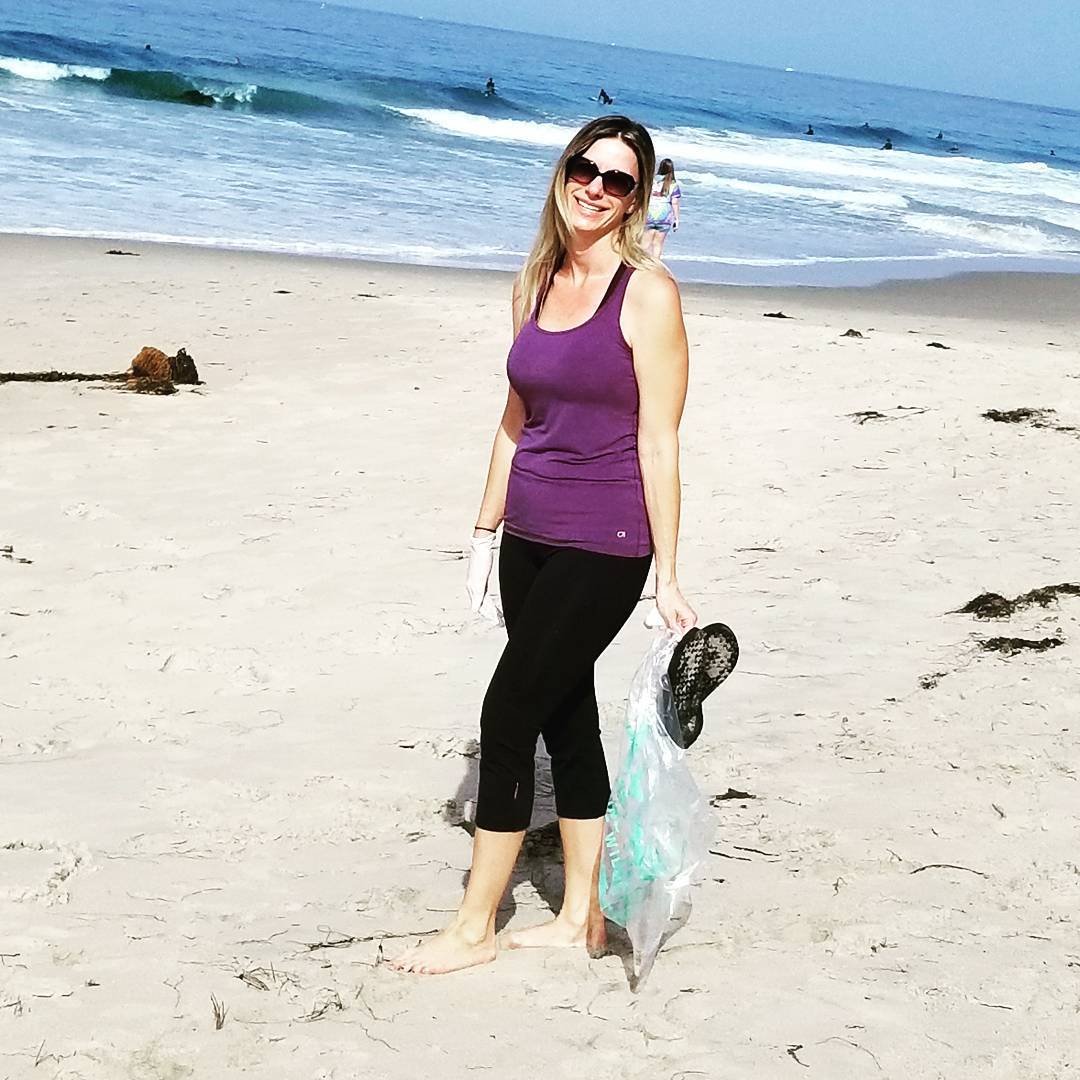